COVID-19 has triggered a dizzying number of cancelled events, suspended launches and halted travel. It feels as if…
BACK TO TOPICS

COVID-19 has triggered a dizzying number of cancelled events, suspended launches and halted travel. It feels as if the virus is freezing the cogs of economic activity the world over.

For those in experiential, our very business is the art of drawing crowds, we can’t sugarcoat the fact that COVID-19 is a headache of unprecedented nature. But, being in advertising we are accustomed to chaos; unplanned strikes, pivoting briefs and shrinking lead times. In experiential we always have contingency plans A, B and even C. So, rather than wallow in despair, we’re seeing COVID-19 as a brief; an opportunity to rethink experiential beyond mass gatherings, recalibrate and remind ourselves what experiential is all about.

Experiential is about finding and acting on the intersection between brands, people and culture. Despite the havoc caused by COVID-19 brands are here to stay, people will always need to be entertained and culture is in constant flux. So as an industry, now is the time to step up and deliver against the pillars that we pride ourselves on: agility, adaptability and most importantly, creativity.

While mass gatherings have been put on hold, we’re enlisting creative stopgaps that capture the imaginations of both our clients and our audiences; live-streaming, digital avatars, interactive content and gamification are some of the tools and tactics we’ll be doubling down on in the coming weeks.

What follows are some of the trends we’re looking to embrace as Experiential 2.0.

As brands shift their experiential focus from IRL to URL, we’ll expect to see an uptick in interactive content experiences, which we’re calling ‘Remote Adventures’.

Tinder recently launched a big experiment, ‘Swipe Night’ to much success in the US and has begun to roll out the initiative internationally. Swipe Night sees the dating app evolve from connecting people to producing content. Swipe Night is a content series that allowed guests to swipe on a story, rather than a date. Presented in a “choose-your-own-adventure”- style format that’s been embraced by Netflix, YouTube and others, Swipe Night asked fans to make decisions to advance a narrative that followed a group of friends in an “apocalyptic adventure.” The decisions you made are then shown on your profile as a conversation starter. The content is short and pithy and a very creative and clever way to engage and sustain engagement. Tinder said in late October that matches on its app jumped 26% compared to a typical Sunday night (the series airs on Sunday nights), and messages increased 12%.

While live streaming is nothing new, we’re expecting to see new entrants and new industries in the space as the world goes into shut down.

Similarly, to launch Season 7 of Game of Thrones, HBO launched a Facebook Live event to reveal the premier date. A block of ice displayed on the screen and viewers watched as the ice melted: with a twist, they were invited to type in FIRE to summon an offscreen flamethrower to melt the block. At one point, Bran himself (Isaac Hempstead Wright) appeared to cheer people on. Despite a glitch, people kept viewing anyway with 150,000 tuning in to the experience.

In a world where consumers buy the change they wish to see in the world, some brands are using COVID-19 as an opportunity to demonstrate their ethos and culture. However, brands need to exercise caution and avoid the temptation to profiteer, acting with transparency and where appropriate.

LVMH announced that it is converting three of its perfume manufacturing facilities where it normally makes fragrances to make hand sanitiser instead. The product will be given at no charge to the French authorities and the largest hospital system in Europe. On top of this, the hand sanitiser won’t carry a brand name. This is interesting not only because of how rapid their response is, but because it shows how quickly culture can change, all of a sudden the humble hand sanitiser has become a luxury good.

Across Europe and North America citizens have limitations on travel, from KFC to Deliveroo brands are offering free delivery and even doing your supermarket shopping for you. Deliveroo has also announced a ‘contactless’ delivery option, a PR stunt underpinned by utility.

In addition, Google is providing $25 million in donated ad credit to the WHO and government agencies, blocking ads from brands hoping to capitalise from the pandemic, and enlisting its SOS Alert in Google Search to connect people to news, safety tips and links to more authoritative information from the WHO.

To help ease a worldwide shortage, Apple iPhone manufacturer Foxconn Technology Group has redeployed idled electronics production lines to make surgical face masks, initially for its workers and then for the general public.

With employees increasingly working from home, self-isolation is likely to become the unfortunate trend of 2020. Consumers are only going to rely more on delivery, from an experiential point of view, this is about finding opportunities to intercept the sofa using technology and creativity.

In 2019, LEGO activated a pop-up store with no garments, instead visitors scanned a QR code which activated an immersive Snapchat lens. While physical pop-ups might be put on hold, there’s no shortage of how Snapchat’s lenses and filters can be used to not only build an immersive experience from the comfort of home, but also close out the path to purchase.

With Coachella and Stagecoach cancelled along with an increasing number of sporting events, is there an opportunity in reshaping the way people even attend and experience these events?

According to developer Epic Games, 10.7 million people attended the Marshmellow concert that took place virtually inside Fortnite in 2019. As music played, Marshmello himself was being broadcast to players, urging them to make their avatars dance along to the music. The show itself was around 10 minutes in duration and filled with interactive moments, with players being launched into the air during Fly and bouncing beach balls during Happier.

Whilst COVID-19 runs its path, at Bastion EBA we’re expecting to see an uptick in the nascent use of digital technologies. Whilst it feels like we’re thrown off keel, we’re seeing this time as an opportunity for experimentation, a time to test and a time to learn, to find new ways of doing things that perhaps we’d overlooked previously. 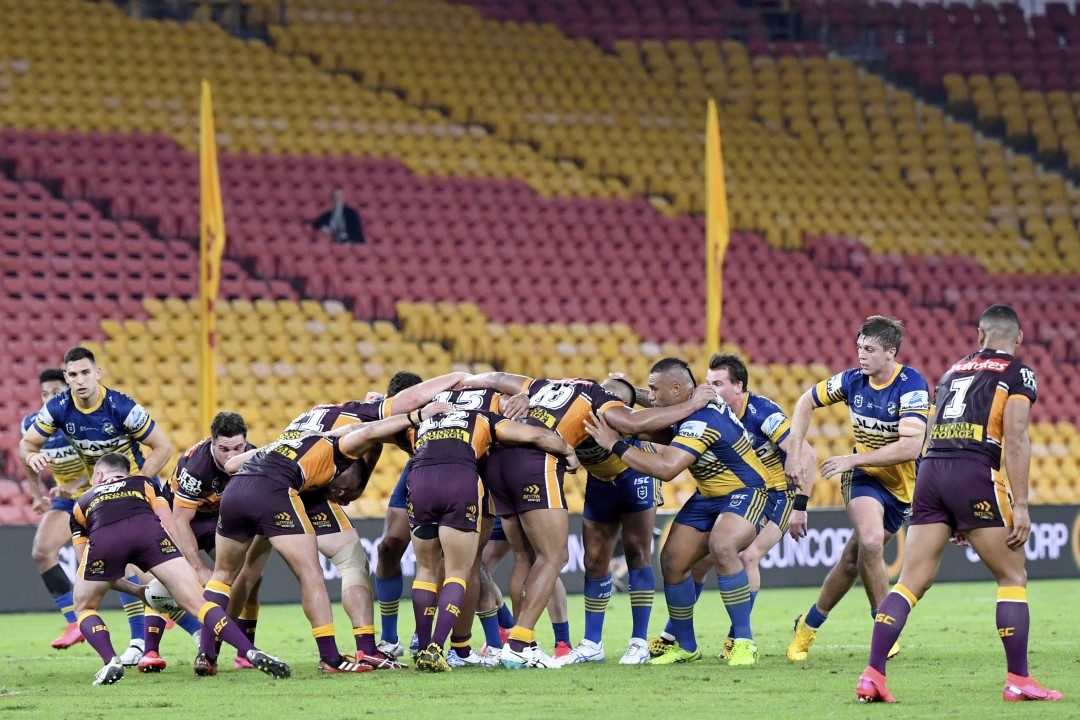 With the significant changes to the normal matchday experience for sport, primarily with the loss… 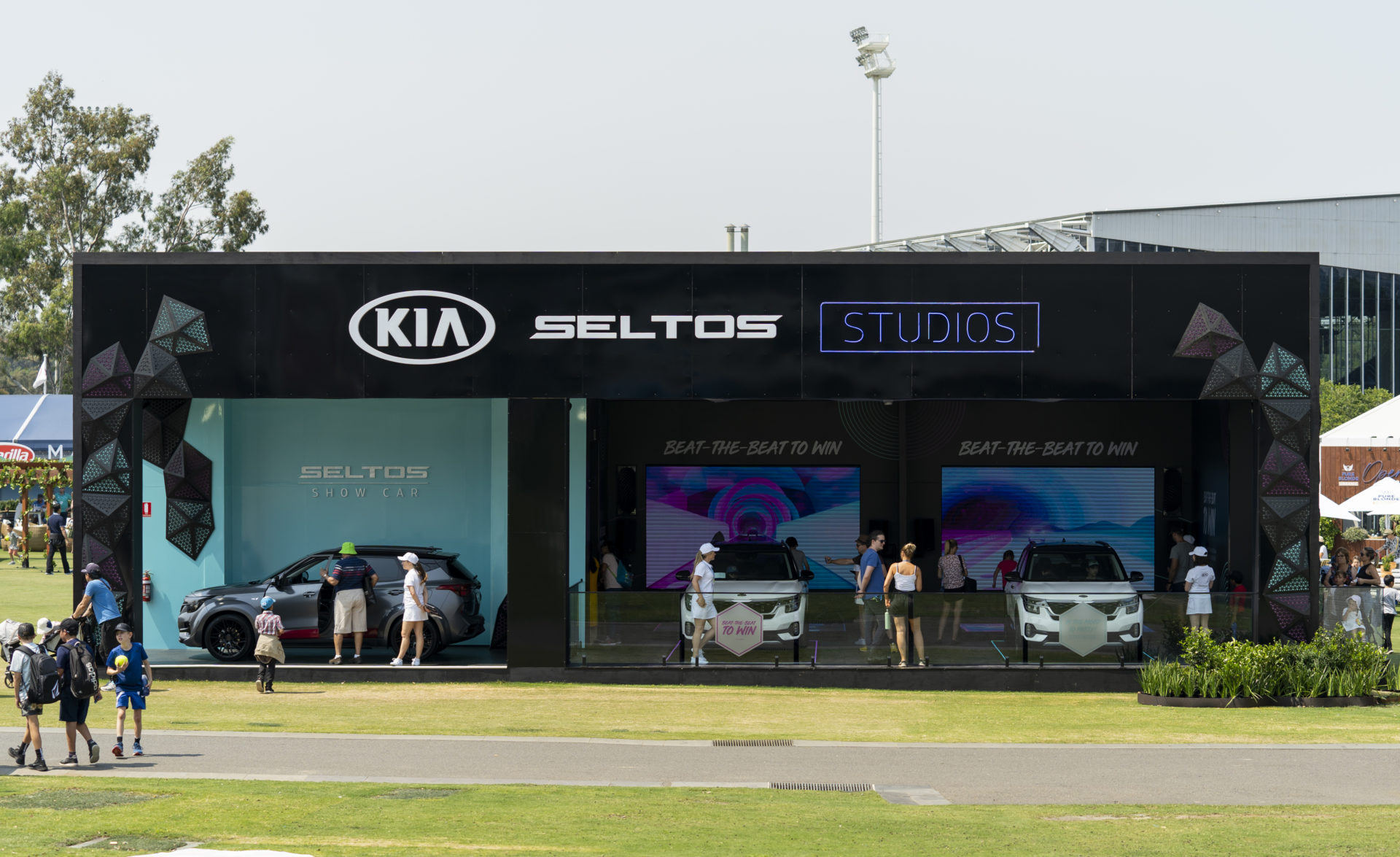 Kia deconstructs the Seltos with an immersive experience at the AO

This year marks Kia’s 19th year as the Major Partner of the Australian Open. With…